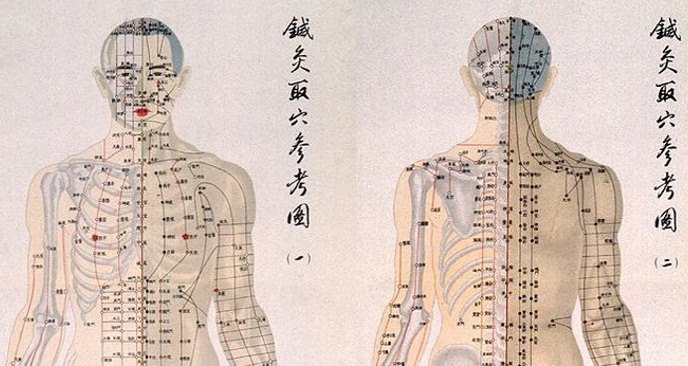 We get a lot of people asking questions like: “If I’m sitting in a recliner chair how can you address my back pain? Don’t I have to be lying face down for that so you can needle my back?”

The answer to that question is, we can treat your back pain very effectively face up in a recliner chair using Distal Acupuncture!

Local Acupuncture means points will be used on the area where the issue is located. Simply put – it hurts here so a needle will be inserted in there. Local Acupuncture is a very popular style of Acupuncture and is widely practiced through out the world. The main style of local Acupuncture being practiced today is TCM, Traditional Chinese Medicine. TCM is based on inserting needles locally as well as distally. A typical TCM treatment will be designed something like: a few distal points to open meridians and to address any imbalances, and then a few local points to address a particular issue. For these treatments you would have to lay face down to address back pain.

In order to understand where these 2 styles came from we need to look at the recent history of Acupuncture..

A Brief History of TCM

In this effort to reconstruct the Chinese healthcare system, a single style of Acupuncture was standardized for ease of distribution and education. This style is called TCM. This was how TCM came to be. TCM was created based on the most renowned and popular texts at the time. It was also created from styles that could most easily be packaged into a teachable curriculum.

This standardized TCM style was very effective as a system for spreading Chinese Medicine throughout the world. TCM would later be introduced into the United states in the 70’s. The Curriculum for most Chinese Medicine schools in the U.S. is TCM based, as is the material on the national Board exam that every Acupuncturist must pass to become a practitioner. Most Google searches will give information based on TCM.

Before the standardization of TCM, however, there were many styles of Acupuncture being widely practiced in China. These styles were passed down through other renowned texts, family lineages, and oral tradition. During the effort to standardize and create TCM much of these texts and styles were discarded and lost. This was a great loss to the history and practice of Acupuncture!

Fortunately, not all of the other styles of Acupuncture were lost during the Cultural Revolution! Two styles that survived and exist today are the styles of Dr. Tan and Master Tung. Both of these teachers have passed on forms of Acupuncture preserved for generations through oral and family tradition. They are not part of the standardized TCM curriculum. Both of these styles use only distal Acupuncture points and do not use any local points.

Dr Tan was born in Taiwan. He later relocated to California and began teaching and practicing in the United States. He passed away in 2015 at the age of 70. Dr Tan taught a system of Acupuncture called the Balance Method. Both Sam and myself have been fortunate enough to have studied with Dr Tan directly. His passing was a great loss to the Acupuncture community. Fortunately he published books and was able to pass on his style of Acupuncture so that it can continue to be practiced worldwide.

Master Tung was born in China in 1916 and he passed away in 1975. His career as an Acupuncturist was based in Taiwan. His style of Acupuncture was passed along for generations within the Tung family. He has published books and passed on his knowledge to a few disciples who continue to teach and spread his family lineage style through out the world today.

The Peoples Acupuncture of Asheville

So the answer to ‘Can we treat anything from the recliner chair position?’ is ..YES! with Distal Acupuncture!